Newsletter category format has not been set to HTML. There will be no statistics recorded for this newsletter. 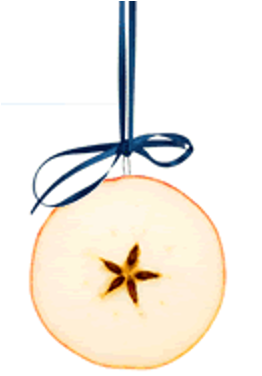 Dear Readers,
As we approach the end of another difficult year, the food science and technology community has been in the forefront of finding scientific solutions to the challenges to our food supply and ensuring safe, nutritious, and adequate food for the world’s population.  IUFoST extends its appreciation to all Adhering Bodies, and other friends and colleagues  globally for responding to this public health emergency and for the individual efforts and sacrifices during the past year and in the future.  In this context, IUFoST continues to function as the coordinating body for international activities to promote resilient food systems through the application of food science and technology.

IUFoST is pleased to announce the outcome of the 2021 IUFoST Lifetime Achievement Award. The recipients are Dr. Ruth Oniang’o and Dr. Delia Rodriguez-Amaya who were jointly selected as the winners of this award because of their outstanding work and scientific achievements over a lifetime of service.

Dr Ruth Khasaya Oniang’o was awarded a PhD in Food Science and Nutrition by the University of Nairobi in 1983 and later became a Professor of Nutrition at Jomo Kenyatta University. Her research focused on food security, nutrition and pregnancy, childhood nutrition and agricultural processing. In 1992, she founded the Rural Outreach Program to provide small farmers with indigenous soil testing and other resources needed to be productive. Dr Oniang'o founded the African Journal of Food, Agriculture, Nutrition and Development in 2001 to highlight relevant academic research in the field. She is currently the editor-in-chief of the journal.  She served in the Kenyan Parliament from 2003 to 2007 where she helped pass the Kenya Biosafety Bill and the Nutritionists and Dietetics Bills. In 2005, Dr Oniang'o established the Diana Elukhambi Health Centre in Kakamega. The list of young scientists she has mentored cannot be counted and has ensured that the future of food science is secure wherever she has touched their careers and scientific growth. She has served as the President of the International Academy of Food Science and Technology (2016-2018).

Dr Oniang'o has won numerous awards for her work in agriculture and food policy, including the national awards of Distinguished Service Medal and Silver Star for her community service. In 2006 she became a Fellow of three institutions, the International Union of Food Science and Technology, International Union of Nutritional Sciences, and the World Academy of Science and Art. In 2014 she was awarded the International Food and Agribusiness Management Association (IFAMA) Lifetime Award. She also won the Africa Food Prize in 2017 for her work with the Rural Outreach Program. Dr Oniang'o was cited as one of the Top 100 most influential Africans by New African magazine in 2017. In 2018, Dr Oniang'o was awarded an honorary Doctor of Science degree from University of Aberdeen in recognition of her contributions to her field.

Dr. Delia Rodriguez-Amaya holds a BS in. Food Technology from, Araneta University (Philippines), a MS in Food Science from the University of Hawaii and a PhD in Agricultural Chemistry from the University of California.  She became a professor of the Faculty of Food Engineering at the University of Campinas (UNICAMP) in the state of São Paulo, Brazil, where she ultimately become Head of the Department of Food Science.  She is the author of 276 scientific publications (books, chapters, complete works) with over 14,600 citations in the international scientific literature.  Several of her articles have made the most cited lists in international journals. Given her international background, she presented her work in hundreds of lectures in scores of countries.  She has taught short courses for professionals and coordinated many projects supported by national and international development agencies.  She has served as an expert to several FAO-WHO consultations and was a representative for CAPES (Ministry of Education's Commission for Higher Education).  Dr Rodriguez-Amaya was a two-term member of the Advisory Committee on Food Science and Technology National Council for Scientific and Technological Development.  She has been scientific advisor to the International Foundation for Science (Sweden).  She is on the Editorial Boards for several prominent journals. She served as the President of the International Academy of Food Science and Technology (2014-2016) and is recognized for her outstanding organization of the 2012 IUFoST World Congress in Iguassu Falls, Brazil.

Dr Rodriguez-Amaya has received numerous awards, including: the Zeferino Vaz Recognition Award in 1994, 1997 and 2003), the André Tosello Award (2005), the East-West Center Distinguished Alumni Award (2010), the PAFT (Philippine Association of Food Technologists) 50th Anniversary Recognition Award (2010) and in 2012, Presidential Award Philippine Heritage.  She was inducted as a Fellow of the International Academy of Food Science and Technology.  In 2015, she was cited as among the 100 Most Influential Philippines in the World (2015) and in 2020 as one of the 100,000 Most Influential Scientists in the World.

The Young Researcher Award for 2021 has been awarded to Dr. Dominic Agyei of the University of Otago in Dunedin, New Zealand.  Dr. Agyei has shown himself to be a promising and talented researcher as evidenced by his extensive publications, including 55 journals articles and 24 book chapters. His articles have achieved an excellent h-index of 21 and an i10 index of 42 with his research having been cited 1841 times.  Highlights from his research career include manuscripts that have provided an engineering perspective on strategies to overcome bioprocess challenges in the industry-scale production of bioactive peptides.  His work has helped to elucidate the structural characteristics, catalytic properties, and applications of immobilized food enzymes. The research has the potential to help researchers and the food industry use of enzymes for the development of bioactive compounds and functional food ingredients.  He is fast becoming a leader in this exciting field of research.  IUFoST congratulates Dr Agyei on this award.

IUFoST Distinguished Lecturer for the 2022 World Congress in Singapore

Dr. Joachim von Braun, Chair of the Science Group for the UN Food Systems Summit, has accepted our invitation to deliver the Distinguished Lecture to delegates of the IUFoST World Congress in Singapore.  He is the Director of the Center for Development Research (ZEF) and Professor for Economic and Technological Change at Bonn University.  He is a member of the German National Academy of Science – Leopoldina, the Academy of Science and Engineering, the Academy of Arts and Science North Rhine-Westphalia, a Fellow of the African Academy of Science and of the American Association for the Advancement of Sciences. He is President of the Pontifical Academy of Sciences of the Vatican and is the Vice President of the German NGO “Welthungerhilfe”.   Previously, he was Director-General of the International Food Policy Research Institute (IFPRI). He was elected as President of the International Association of Agricultural Economists (IAAE) and has received numerous honorary degrees and several other awards.
The Distinguished Lecturer is chosen by IUFoST in recognition of world leaders who address IUFoST’s commitment to fight hunger and work for the improvement of food safety, food security and sustainability of food systems worldwide.  We are deeply honoured to have him give the Distinguished Lecturer Address to the 21st World Congress of Food Science and Technology (Singapore 31 October – 3 November 2022).

The Scientific Council of IUFoST has released the latest in its series Scientific Information Bulletins (SIBs), this one on the subject of 3D Food Printing. The peer-reviewed SIB was  prepared by Dr. Antonio Derossi, of the Department of Agriculture, Food, Natural Resources and Engineering, University of Foggia, Italy. He states, “The idea of printing food products based on digital 3D models is indisputably innovative, intriguing and provides many opportunities to completely renew how food is produced.” This SIB offers scientific information on the basic principles and processing variables and describes important applications and limitations. In addition, future perspectives, such as 4D food and programmable texture, are presented. The SIB, together with others in the series, is available here.

Scientists in the News:

Dr. Vish Prakash, current President of IUFoST, was presented with the Distinguished Alumnus Award for Science and Technology by the University of Mysore Alumni Association in November 2021. Dr. Prakash received his PhD from Mysore University, India in 1976. He was presented with this award in recognition of his international contributions to food science and technology and his humanitarian work for the benefit of Indian society.

Dr. Anne Perera, member of IUFoST Working Group 3.2 on Food and Nutritional Security, has reported on the UN Food Systems Summit in the latest issue of Food New Zealand, the official journal of NZIFST (the IUFoST Adhering Body in New Zealand).  The December 2021/January 2022 issue is available to read here:  https://issuu.com/annescott1/docs/fnzdec21jan22web

21st IUFoST World Congress of Food Science and Technology, Singapore, 31 October to 3 November 2022. Abstract submission system is open. For more information: Here is the Brief for you to spread the news - with imbedded links

We extend to you and your families our wishes for a safe, healthy, and happy New Year in 2022, that allows us to meet together again in person to advance scientific solutions in food science and technology for the benefit of all. See you in Singapore!